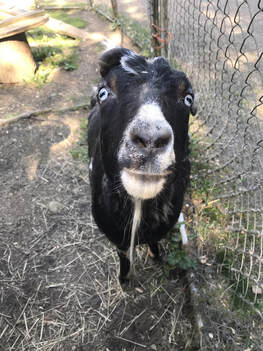 ​Flower came to One Heart Wild through the Kitsap Humane Society. He was just a baby and was picked up after being severely mauled by dogs, nearly losing his hind leg as a result. Once he was past the critical stage of recovery, he transferred to One Heart Wild to complete his healing.

Jeffrey took Flower under his proverbial wing and helped him develop into an energetic, inquisitive, playful goat. Flower enjoys Sanctuary visitors and watches for them from the top of he and Jeffrey's two tiered goat tower. He enjoys head-butting Jeffrey, munching bits of hay and receiving bum and ear scratches. 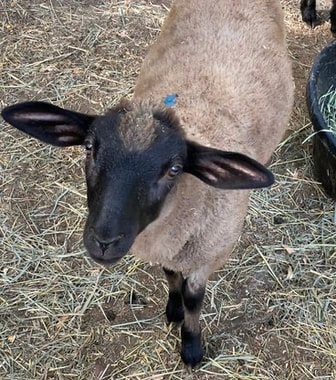 Lambert arrived at One Heart Wild on February 2, 2021 with another lamb friend named Dov. They were rescued from the animal agricultural industry when Lambert was deemed “not viable” and Dov was rejected by his mother. At just two weeks old, they arrived to their forever home with us. The two boys grew quickly, donned diapers to spend time in the house and learned that play time is the best time!

One morning, about a month after their arrival, we found Dov passed away in their bed. This heartbreaking loss is thought to be due to Dov’s digestive system never developing properly to handle solid foods. This sometimes happens when the rumen is maturing. His loss was particularly difficult for Lambert.

We jumped into action and made another call to the sanctuary that originally rescued the boys. Fortunately, they had another lamb available for adoption! 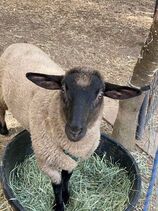 One of our trusted volunteers made the trek to Oregon and picked up our new boy Bowie. Since Lambert and Bowie originally came from the same sheep farm, they are most likely blood brothers!

Just two weeks younger than Lambert (now nicknamed “Bertie”) Bowie settled in quickly with his brother and life at sanctuary. Both boys are so sweet natured. They sleep cuddled together and play all day long.

​If you get a chance to meet them in person, make sure to scratch their ears and feel just how soft their wool really is. 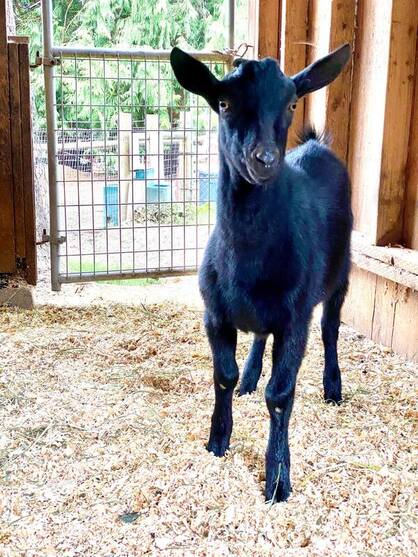 Sweet Finnegan came to Sanctuary in rough shape -- unable to eat or rest comfortably due to the effects of recent trauma. Just before coming to One Heart Wild, Finnegan lost one family member to coyotes, had his remaining family unit separated for rehoming purposes, and watched his father be slaughtered right in front of him before someone in the group took pity on Finnegan and spared his life. He was fearful of humans, some more than others, and spent a lot of time laying by himself.

After a week of consistent routine and gentle care, Finny began coming out of his shell -- eating his food, making friends with his fellow animals and even being curious about the humans in Sanctuary.

Once healthy and recovered, Finnegan will be neutered and receive his vaccinations. Welcome home, Finny. We're so glad you're in Sanctuary!
Donate